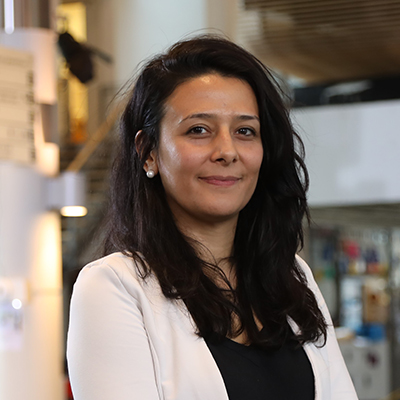 B. Imran Avci got her BS degree in Electrical and Electronics Engineering from Bilkent University, Turkey in 2006 with a focus on photonics and medical imaging. She received her PhD degree from the Integrated Optical Microsytems Group at the University of Twente, The Netherlands in 2012.

During her PhD research she applied her strong integrated optics knowledge into an emerging imaging modality, i.e. optical coherence tomogprahy (OCT) to reduce the cost and size of these bulky systems.

She was one of the few researchers working on portable, cheap and compact OCT systems in the world. Between 2013-2015 she was a postdoctoral researcher at Prof. Yun’s research lab at Harvard Medical School. She worked on a novel functional imaging system called OCT vibrography for assessing corneal biomechanical properties.

In 2015, she received VENI grant and came back to the Netherlands as a post-doctoral researcher at the Academic Medical Center (AMC) in Prof. Ton G. van Leeuwen’s group. In 2016, she received Marie-Curie Individual Fellowship.

As of September 2017, she is an assistant professor on the tenure track at the VU University Amsterdam, Department of Physics and Astronomy, Biophotonics and Medical Imaging Group. Her research combines integrated optics with different imaging and sensing modalities in order to realize novel portable, affordable and higher sensitivity devices.